So, recently I began to talk about my idea that two of the regions of the United States are replicating the pattern of Rome and Byzantium/Constantinople. New York is Rome. California is Constantinople. New York is strong, but being caught up to and surpassed by other, newer centers of culture and power, such as California. In this, California is like Byzantium, which was apparently the place to be when the Roman Empire went into eclipse. Much better than Rome, for a long while. (For more on this, see my posts here and here.)

I want to say two things about this before proceeding. First, when I say “California,” I am also referring to trends among the western states, really. I am in a way using “California” for the capital and cultural flows that can also certainly be seen in the entire Pacific Northwest, although the two regions also exhibit profound differences. One difference? The Northwest doesn’t really want to be seen as a capital, whereas California embraces the idea.

Second, I don’t mean, of course, that California is “Byzantine” as that word is generally understood. If anything, the West is more transparent and open than the northeast, and easier for outsiders to understand, not harder. The analogy is the analogy of capital and cultural flows, not of specific characteristics.

However, I do think there is an analogue of the pejorative “Byzantine”—sneaky, convoluted–in the characterization of California as flaky and unsubstantial—which seems to be fading away now, but used to be a fairly common way to characterize it. In 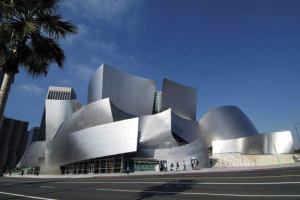 both cases, the fading capital is still strong enough to try to lob criticisms toward the new one. Perhaps part of the fade-away is, as the author M.G. Lord notes on the evolving dignity of Los Angeles as a cultural capital, it is simply that, as time goes on, Los Angeles has more of a history to be dignified about.

I can name several factors that made me think of California as the new seat of empire. At the time, I had been powerfully influenced by an Amtrak trip from the Pacific Northwest to the San Francisco Bay area. The cars were simply full of wealth. Train travel is not particularly luxury travel, usually, but this was a trip in which passengers were given complimentary wine, cheese, and fruit nearly every hour on the hour. And this wasn’t a particular first class travel compartment: it was the train generally. There was simply more wealth and ease and pleasure in it than Amtrak in the northeast states would ever have.

A friend and I who lived in Boston were equally fascinated by the idea that our living in the East had meant that we were part of the national story. In California, where we had met, you were part of a regional story. This—like the grocery store in my recent post—is part of the significant tells in daily life.

And yet California is where trends start and the West is increasingly where monetary, business, and population power are. They are not exclusively there, of course. But more and more, the areas that set themselves up for expansion versus constriction are where, well, people expand.

So, to begin. A number of years ago, I went to an exhibit at the Metropolitan Museum of Art on the art of Byzantium (Constantinople)—and it was beautiful, large, and stuffed with art. Icons, primarily, and artifacts of daily life.

It was also, of course, a nicely curated exhibit with plenty of informational items on the relationship of Rome and Byzantium. (Unfortunately, no record of this exhibit survives online, so I can only give a thumbnail sketch of what I remember.) Briefly: Rome had a host of problems; Constantine became emperor; he converted to Christianity; he established the seat of empire in Byzantium/Constantinople. That city, once the eastern-most satellite of the Roman Empire, eventually took over Rome’s place as the largest and most powerful capital.

Essentially, the exhibit was arguing that Constantinople was the art capital, the cultural capital, and the political capital as Rome became far less powerful. I also remember thinking that the exhibit was trying to remove the art of Byzantium from the effects of the word “Byzantine,” which is pejorative. It means subterranean, or unduly, treacherously complicated. Not trustworthy. It was seeking a place for Constantinople as a strong capital of empire.

As I recall, Constantinople was presented as a lovely place, full of beauty and ease. The overall idea was that, rather than being “Byzantine,” with everything that connotes about up-to-no-good complexity, it was the best place to be in the Roman Empire of the period, whereas Rome was, well, fallen upon hard times. “Byzantine” was a political attack by Rome upon Byzantium, not a full representation of the place.

(I might add that, in searching for the exhibit I saw and not being able to find it, I did come across a record of a talk at the Smithsonian’s web site that has something of the same points. I quote: “The Byzantine Empire shone with intellectual and artistic brilliance at a time when Western Europe was deep in the Dark Ages and flourished long after the first stirrings of the Renaissance. When the Roman Empire was divided between east and west, Emperor Constantine chose Byzantium as the new eastern capital and renamed it Constantinople in 330 A.D. The empire was one of the longest that has ever existed, and its arts continued to influence other cultures long after it came to an end.”)

Here’s what I thought, walking out. California is Constantinople. New York is Rome. 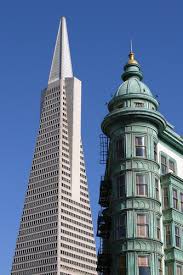 Powerful, and putting an imprimatur on things. But suffering such constriction that it will never again be able to genuinely lead. What I have been witnessing in my own life is a turning from one major capital to another. And the other was once thought lesser, but now has far more resources.

Next: more on the western states as emergent capitals.

I recently went to New York’s Metropolitan Museum to see several exhibits (most notably, El Greco, of whom your Meta-ist is very fond). But the exhibit I found most interesting was not the one I went to see but one I ducked into spontaneously: the nineteenth-century photographs of Carleton Watkins.

Watkins was a very early photographer of the American West. The exhibit featured Yosemite primarily. His photographs influenced then-president Abraham Lincoln to preserve the area. You can see the Met’s online collection of his photography here and there is also a website dedicated to his work:  http://www.carletonwatkins.org/index.php.

I include a sample so you can see the type of work he did. Two things about this strike me as someone interested in nineteenth-century archives. First, his work is not well known and seldom exhibited; indeed, according to carletonwatkins.org it had never been gathered together in one place prior to the Web site. This is such an example of how much the archives contain that is still underresearched. His work influenced the later Ansel Adams, a much better known (and more remunerated) nature photographer known for his work on Yosemite.

But the second thing is simply the amazing amount of physical labor that went into developing the art of the American West. The exhibit included the heavy wooden cameras and information on the heavy plates of glass he toted up the mountains—in service to representations of them that resulted in their preservation. More tellingly, perhaps, it included the amount of hours—way into the double digits—that it took to travel from San Francisco to Yosemite, part of the way on roads, the west of the way in pure wilderness on pack mules. It reminded me of accounts of the architect Julia Morgan, another Bay area based artist (although of a later time), in going to William Randolph Hearst’s San Simeon. When she first began to consult regarding the architecture, the trip took nearly 2 full days. We tend to forget that roads had not been forged when the art that would define these areas began to be developed.

Perhaps this strikes me in Watkins’s case because photography has become nearly an effortless art form (or seemingly so) in the age of the selfie–and also, perhaps, because California in the mid-twentieth century was so associated with ease and abundance. It was good to be reminded of how much effort was expended in breaking the ground. In his life, the aftermath of his photographic career was very sad: a lot of his work was destroyed in the 1906 San Francisco earthquake, he was penniless for a period of time, and is buried in an unmarked grave. He deserves many salutes for his beautiful work. So let this be one.